Simulation modelling of coal stockpiling and logistics for BHP

A major simulation modelling study was undertaken of the complex coal transportation system in place at BHP’s Illawarra Region Collieries.

The transportation of raw coal from BHP’s six underground mines to the local Port Kembla Steelworks (for washing and coking) or to the Port Kembla Coal Terminal (for export) involved a complex network of roads leading to an overland conveyor, then rail line.

This complex system was plagued by bottlenecks and inadequate storage facilities, and there was extensive use of third-party storage and washing facilities at the time. BHP requested recommendations to alleviate bottlenecks and advice on the best location of anticipated new stockpiles.

BHP recognised SMS’s extensive experience in discrete event simulation of logistic systems and understood that a simulation model would be an ideal way to analyse their complex transport network and address their challenges.

SMS developed a model of the raw coal transportation network, incorporating all its complexities, such as the need to handle three separate and distinct coal types, through a single overland conveyor. Emphasis was placed on the careful scheduling of trucks to mines to avoid full bins (and lost production) and of trains to the bins at the bottom of the drift conveyor. Also the washing of different coal types at the steelworks needed to accommodate the limited raw coal storage space as well as the need to supply a consistent blend of clean coal to the coking ovens.

By running scenarios through the model, SMS was able to demonstrate that several relatively minor upgrades to infrastructure were all that were needed to alleviate bottlenecks within the system, and that no additional storage or new stockpiles were required at all.

By following the recommendations made by SMS through its model, BHP were able to address their coal transport and storage challenges with only a small investment, avoiding the need for new stockpiles or other major infrastructure upgrades.

The model continued to support decision making for BHP. Since the initial project, the model has been used extensively (with occasional modification) to support the development of operating strategies and work practices; and explore other development proposals such as:

Talk to the team at SMS for more information. 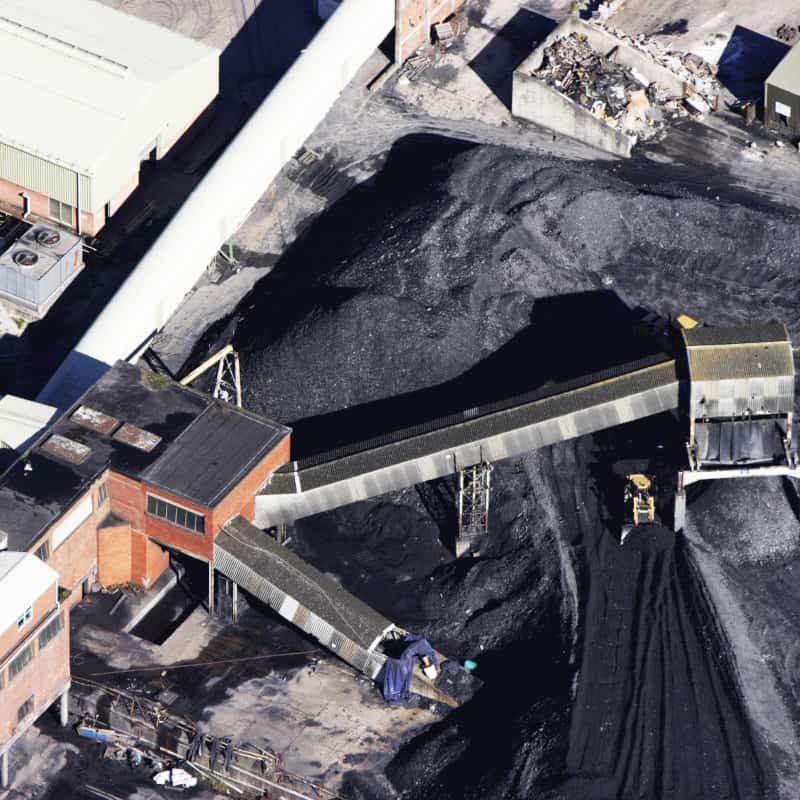