Our client was a major road construction company contracted to NSW Roads and Maritime Services to build part of the Hunter Expressway. The $1.7 billion project involved the construction of a four-lane, 40-kilometre freeway link between the M1 Pacific Motorway, west of Newcastle, and the New England Highway. It was one of the biggest road infrastructure projects to be built in the Hunter.

The area around the expressway has great cultural significance to the Aboriginal community. Historically, the region provided a reliable source of fresh water, flora, fauna and stone resources, as well as suitable campsites and shelter. The client needed an experienced archaeology team that could meet the complex cultural heritage project requirements, while remaining sensitive to the concerns and aspirations of the Aboriginal stakeholders.

Recognising Advitech’s experience in archaeology and cultural heritage, the client chose our environmental team to undertake all aspects of Aboriginal and historic heritage management for the project. Our team drew upon their experience in managing archaeological field works, knowledge of the legislative framework and ability to build respectful and collaborative relationships, to successfully undertake the project.

During salvage works, the team focused on the protection and conservation of heritage items in collaboration with the Aboriginal stakeholders. Over a three-year period, Advitech collaborated with more than 150 workers from up to 45 representative Wonaruah groups, including two land councils. This involved working side-by-side with up to 25 representatives per day and required the management of schedules, daily time-sheet schedules and payments. We ensured all insurances remained current, and that workplace health and safety obligations were met. The key to our success in working closely with the Aboriginal groups was the acknowledgement of and respect for the right of Indigenous people to determine the cultural significance of their heritage, and the belief that Aboriginal people must play an active role in identifying and assessing the value of the survey areas.

Salvage was carried out within the NSW legislative framework, with strict adherence to issued permits, construction management plans, and statutory requirements. Our understanding of Aboriginal and historic heritage legislation, project management skills and close working relationships with the Aboriginal stakeholders, road contractor and NSW Roads and Maritime Services, ensured the project ran efficiently, within budget, and was completed to the satisfaction of all stakeholders. The key success was achieving the right balance – between respect for Aboriginal heritage and the complex requirements of a major road construction project. 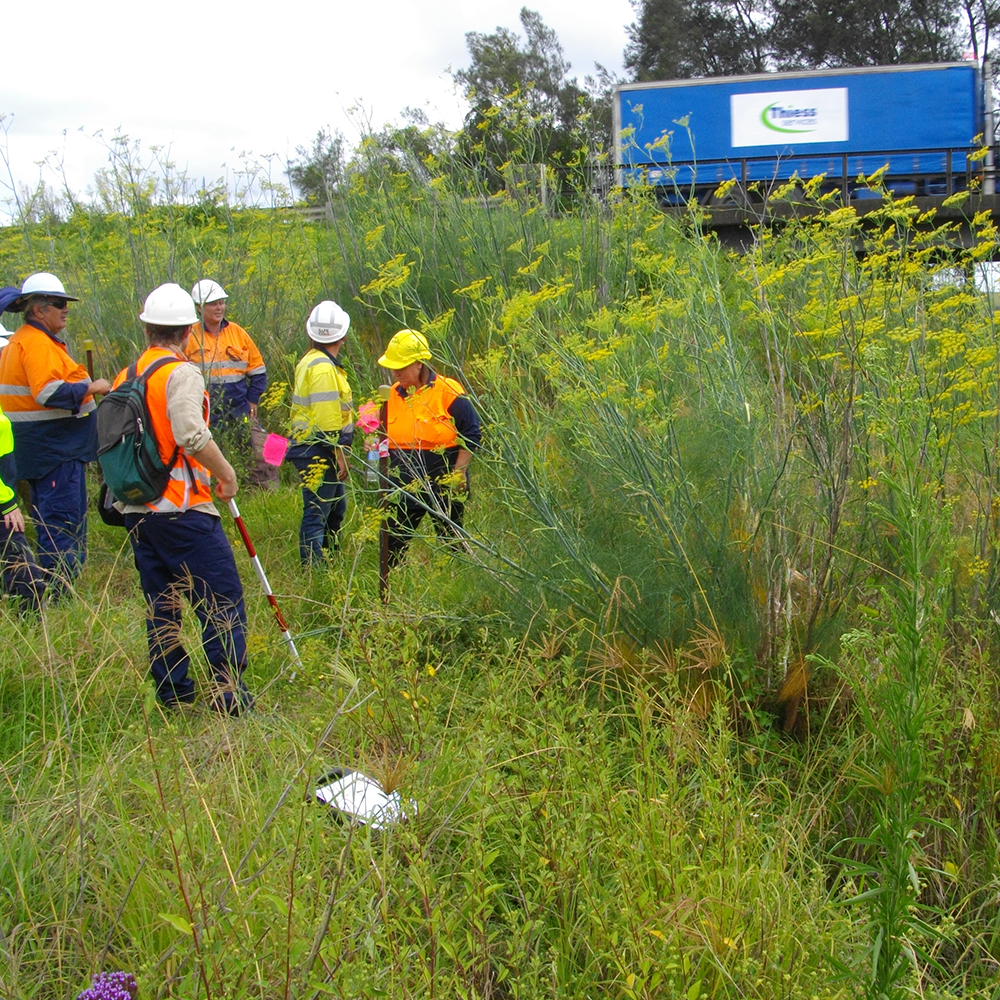