A fabrication company needing analysis and certification for proposed modifications to existing structural steelwork in a coal washery.

The steelwork was being modified to support a new vibratory screen, feed chute and discharge chute. 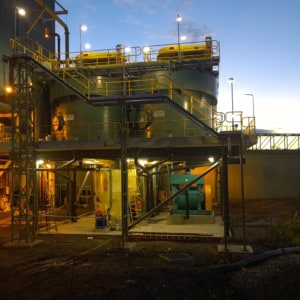 The project demanded the skills of a team of engineers experienced in the highly specialised field of structural dynamics and vibration modelling. Advitech’s in-house team has significant experience modelling large complex structures and buildings such as coal washeries.

In order to review the proposed modifications, our team needed to conduct dynamic computer simulations and analysis to explore the behaviour of structures subjected to various dynamic actions. Large complex structures such as coal washeries have infinite modes of vibration, and Advitech’s structural engineers have the skills and experience to identify vibrational modes, and elements within those structures that are likely to be affected by excitations.

Determination of deflections and member actions is crucial to assessing a structure’s performance when subjected to vibrations. We can assess the effects of varying the frequency of vibration to assess the response to machine start-up and shut-down as well as during normal machine operation. We can also assess the impacts of multiple vibration sources at different frequencies as required.

A complex interplay between structural damping, stiffness and structural mass

Structural response to vibrations is a complex interplay between structural damping, stiffness and structural mass. Our structural engineers have the skills and experience to develop cost-effective solutions where structural vibration issues exist.

Dynamic loads on the vibratory screen were provided by excitors (motor-driven eccentric masses attached to the screen), which shook the screen to separate washed coal based on size. The coal screen was supported on coil spring suspension to isolate the structure from vibrations at the operating frequency.

Advitech was provided with the proposed structural steel layouts and equipment drawings and specifications. We used this information to:

Dynamic loads were assessed using Strand7 modelling software, while dynamic actions were calculated based on the excitor mass and the mechanical eccentricity provided in the excitor OEM drawings. The screen was modelled with spring connections to correctly simulate the transfer of dynamic forces to the structure. Structural response was determined for excitor frequencies from zero to twice the operating frequency.

The vibratory screen OEM recommended vertical vibratory modes should be avoided within a ±7Hz band of the screen operating frequency. In order to achieve this requirement, we recommended certain modifications be made to the proposed structural steel layout and members.

As a result of our analysis, we were able to certify the proposed modifications were structurally adequate to support the screen and that the modifications had a satisfactory response to the dynamic actions arising from the screen operation.

The outcome was achieved with minimal downtime. It also ensured our client could proceed with their modifications with complete confidence knowing all structural changes had been certified, thus avoiding risk, optimising future productivity and ensuring the safety of all staff onsite. 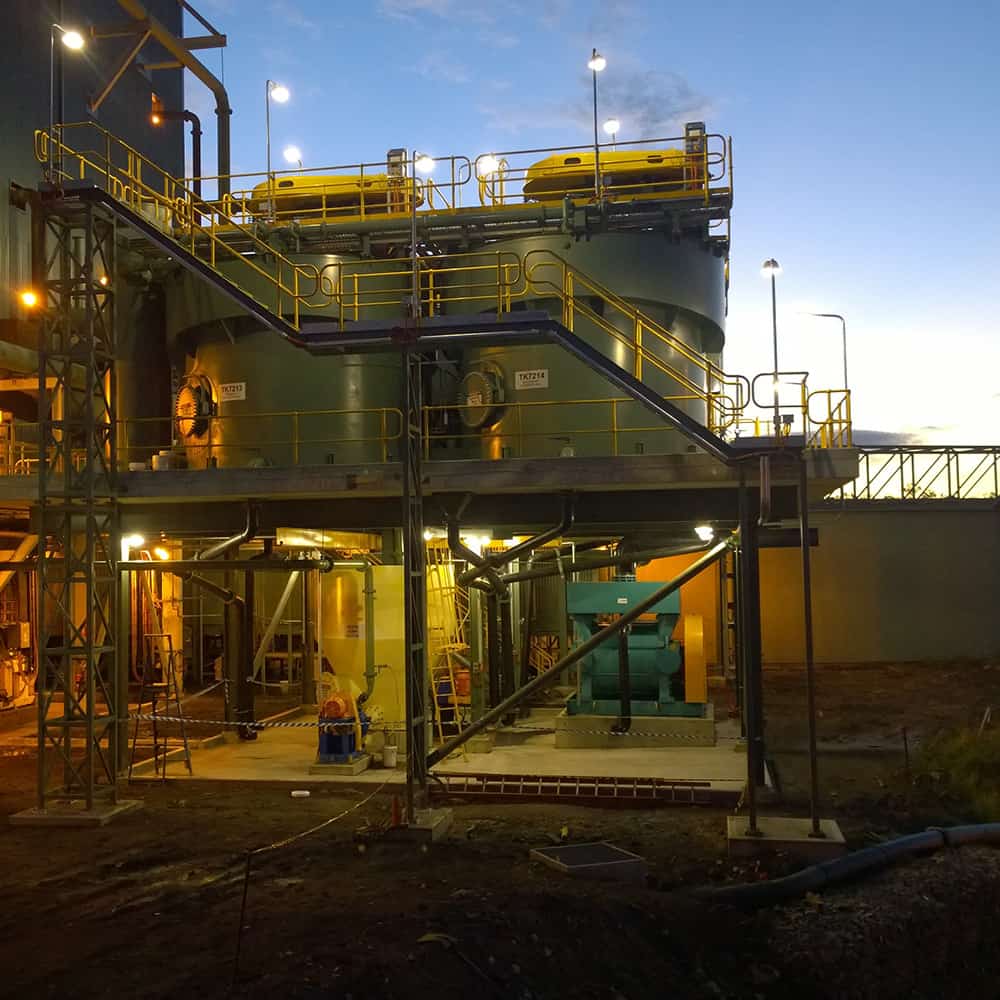